Check out the new Magic Weapon Gen and read about the latest updates here!

Also, who do you think would win in this fight? Vote now!

Or buy me a Kofi/Coffee

Or use good 'ol PayPal

With your help, RanGen can take over the world by tomorrow! >:D

Alrighty! What’s the deal this time around? Some pottering around in the background, some minor updates and fixes, a lot of work on new projects, and shiny new Gen, that’s what!

August already? Yikes… I’ll try not to linger too long as I still have a loooot of work to do.

I’ve been having some trouble with it, but the Super Power Gen has had a couple of updates; I finally got around to adding descriptions for all the powers, added the option to have a Simple OR Detailed description, and added a few more powers in the process. There is a persistent issue I still need to deal with, but I’ll cycle back around to it a little later.

Aside from that, I’ve also resumed adding simple descriptions for more jobs in the Job Gen and made minor content additions and quality improvements for the Traits and Quirks, Murphy’s Law and Writing Prompt Gens.

It’s been a long, long while, but I’ve finally been able to get back on track to finish the Magical Weapon Gen! Sister to the Weapon Gen, it features some familiar features, but with a distinctly magical air! Be careful with what you generate here; many of these weapons are super-powerful!

I’m continuing my efforts to update some of my older blocks of code into a newer, sleeker format, and am making steady progress. Each time I do an update like this, it makes the code smaller and neater, which, in turn, makes this process faster; I’ve already ticked a few Gens off my to-do list in a very short amount of time. And, along with that, I’m also turning my attention to a couple of Gens who have not had any love or attention for a very long while. Their time will soon come…

I may not have made this well known, but when it comes to building my Gens and this site, I have little-to-no idea what I’m doing for the most part and have got to where I am now my randomly shoving stuff together and seeing what happens. I’ve learned a few things, and managed to put together some hacks, but don’t ask me to explain anything, as you’d get nothing but babbling and blank stares in return. My work is the coding equivalent of doctors’ handwriting I think.

But, I’ve begun a new journey to try and bring to fruition an ambitious new project. The trouble is, I have no idea how I can build it, so what better place to start than at square 0?

I am teaching myself a whole bunch of new stuff in order for me to build the very first brick of the very first part of the foundation of what I intend to become something quite extensive. It’ll definitely take a long time, but so far it’s been going well! I’m almost done with the framework for the first section and intend to foist it onto my Patreon Guinea Pigs at some point during the next week. It’s too early for me to say anything else yet, but I’ll be back with more vague and cryptic comments as I progress.

If you would like to become a Guinea Pig and have to endure horrible, unfinished Gens and projects while I’m working on them, consider becoming a Patron like these lovely folks.

As a Patron, you’ll get to play with new Gens before they’re officially released, and your suggestions and requests for Gens are especially high priority. To my existing Patrons; thank you once again for your continued patronage; I’ll step up my efforts to keep you well fed on updates!

What’s left to talk about? Oh yes, of course. Your funeral arrangements.

I stepped out of the shadows wielding a heavy steel scythe with a jagged edge and told you to arm yourselves. You reached over your shoulder and pulled free your well-balanced, double-headed steel battle axe (won 33.05% of the votes, 192 out of 581 received in total). Now we stand here, eye to eye, ready to do battle once more. I crushed you during our last fight, with your iron battle axe (you guys really like battle axes…) being no match for my copper alloy-headed spear (won with 66.56% of the votes, 406 of the 610 total votes). Now, I intend to cement my victory and do it again. YOU WILL NOT SURVIVE! When you’re dead, I’m taking all your stuff, by the way. Anyway, if you’d like to vote for me to win and kick your butt, you can do so in the poll below, or visit the Straw poll site directly here.

*Sigh* And yes, you can vote for yourselves to win, I guess. Geez…. But, having said that, may the best fighter win!! 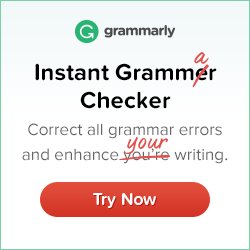 For writing help and resources

Got a question that's not answered in the FAQ? Have a Gen request that's not already on my Gen to-do list? Found a site problem that's not resolved by testing in another browser or clearing your cache? Or perhaps you just want to say hello? Let me know here!